The initiator of the construction of the Folk House was a teacher from the Bukowina school, Franciszek Ćwiżewicz. The structure was built in the years 1928-1932, by effort of both the Bukowina inhabitants and the Society of Friends of Bukowina,. The single-storeyed building has a stone foundation. It is built on the plan of a polygon whose main axis is an elongated rectangle. It has the side wings added – smaller at the front and larger at the rear. The façade is propped by 4 columns. The roofs of all parts are shingled. On the gables, there are characteristic decorative highlander-style motives, the so-called, słonecka (little suns), on the ridges – carved “pazdury” (vertical, wooden ornaments). Currently, the building – just like in the past – is used for cultural purposes, the Bukowina Cultural Centre – Folk House is seated here.
Multimedia 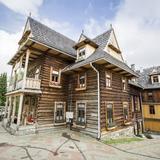 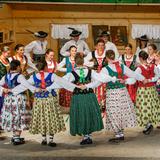 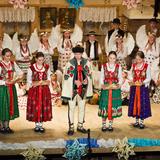 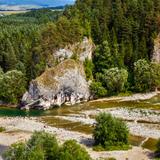 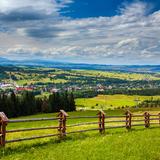